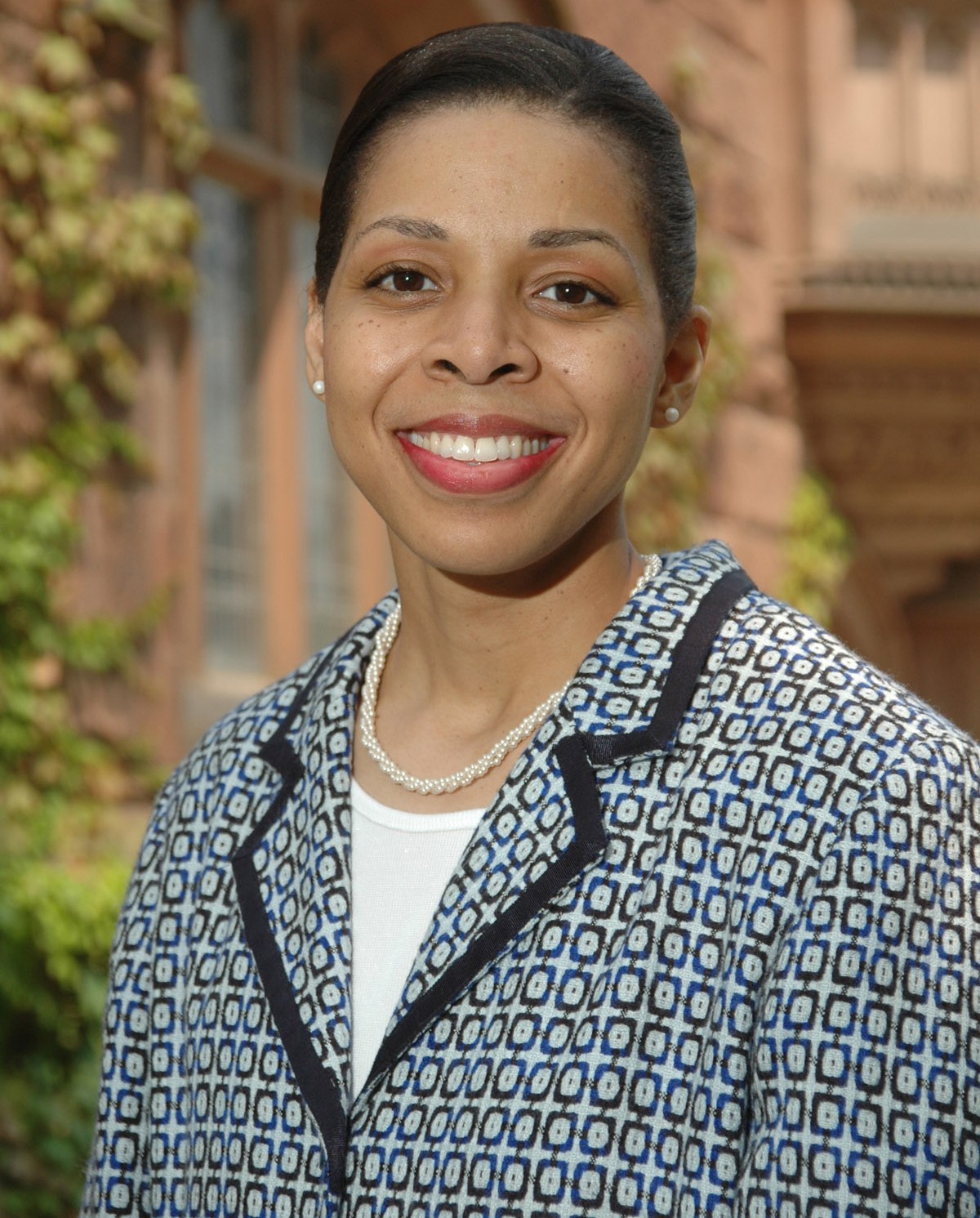 Dr. Karen Jackson-Weaver is an expert on educational policy and a former Academic Dean at Princeton University and the Harvard Kennedy School of Government. Her research explores religion, ethics and politics with a focus on socio-historical approaches to leadership, governance and public policy. Her current project examines inequality, exclusion, and power dynamics. She is working on a monograph and documentary film project on Women, Religion and Power. Dr. Jackson-Weaver is the Series Editor for Teaching Religious Studies published by Oxford University Press & the American Academy of Religion and a Board of Trustees member at Princeton Theological Seminary.

Dr. Karen Jackson-Weaver is a Visiting Scholar/Dean-in-Residence at the Blavatnik School of Government at Oxford University. She is an expert on educational policy and a former Academic Dean at Princeton University and Harvard Kennedy School of Government. She is an historian & a religious scholar with a focus on religion, ethics and politics. Dr. Weaver is currently working on a monograph and documentary film project on Women, Religion and Power which highlights the critical role of women as leaders and strategists in the post-World War II era. She is the National Series Editor for the Teaching Religious Studies Series produced by Oxford University Press and the American Academy of Religion. She is a member of the Board of Trustees at Princeton Theological Seminary and is a former National Advisory Member of the Council of Graduate School’s Diversity Committee.

At the Harvard Kennedy School of Government, Dr. Weaver served as the Senior Associate Dean of Degree Programs & Student Affairs (Dean of Students). In this role, she was responsible for the overall management, strategy and operations of the staff in the degree programs and student affairs departments: including admissions, student financial services, the registrar's office, student services, career advancement, student diversity and inclusion, and the school's various master's, joint, concurrent and PhD programs. She also chaired the school-wide Academic Affairs and Diversity Committees. During her tenure, she was nominated and selected as Advisor of the Year among all faculty and staff for outstanding mentoring to Harvard Kennedy School master’s and doctoral students.

Prior to her appointment at Harvard, she was a faculty member in American Studies and the Associate Dean of Academic Affairs and Diversity at Princeton University’s Graduate School. As a senior member of the Dean’s staff, she represented the Dean on university committees, task forces, and working groups. She also worked closely with all 44 departments in the admissions, re-enrollment and final public orals processes as well as spearheaded professional development initiatives. In addition to her duties as an Academic Dean, she was an active member of the Council on International Teaching and Research and a Co-Principal Investigator of the National Science Foundation/Council of Graduate Schools DIMAC Initiative. For her efforts, Dr. Weaver won the Donald Griffin '23 Award, an honor reserved for two members of the entire university in recognition of exemplary leadership. In addition, she received the Dr. Martin Luther King Journey Award from Princeton University President Shirley Tilghman for special achievement.

Prior to her post at Princeton, Dr. Weaver served as the Executive Director of the New Jersey Amistad Commission where she reported to the New Jersey Secretary of State and Commissioner of Education. She was also the Founding Director of the Amistad Summer Institute at the Caspersen School of Graduate Studies at Drew University. Under her administration, the Commission was featured in CNN News, the New York Times, the Washington Post, Black Enterprise, Newsweek, Forbes and CBS News for its innovative approach to integrating African-American history into the social studies curriculum in New Jersey’s public schools. In this role, Dr. Weaver facilitated and led workshops as well as institutes throughout the country. In addition, she served as a consultant and advisor to the Amistad Digital Resource Project and edited two volumes of primary source documents which culminated into the publications, Reconstruction Reconsidered: The African-American Presence in American History and the Amistad Curricular Guide to American History.

Dr. Weaver is a licensed minister in the American Baptist Churches of America which is an affiliate of the Baptist World Alliance. Her career in ministry has spanned over two decades and most recently she served as the Associate Regional Director of New Church Development in the American Baptist Churches of New Jersey (ABCNJ). In this role, Dr. Weaver also oversaw a state-wide learning community of pastoral leaders with a focus on pastoral well-being, spiritual health, vitality and innovation in ministry. Currently, she serves on the clergy leadership team as a Convener and Facilitator of the monthly Spiritual Formation and Faith Development seminar for Ministerial Leaders at Shiloh Baptist Church in Trenton, NJ under the leadership of the Senior Pastor, Reverend Darrell L. Armstrong, where she is an Associate Minister.

Dr. Weaver is married to John Weaver Jr., President and CEO of Varsity Software, Inc.and they are the proud parents of two children, Adia (a sophomore at Princeton University and John III (a sophomore at The Lawrenceville School).

Thank You for Signing Up!